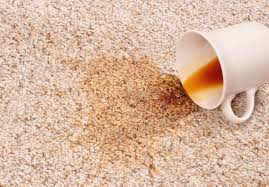 I have been mopping the floors of the Living Museum in Bennebroek for some hours last week. It’s worshipping, so it’s no big deal. It calms the mind. I play some music at the same time and time passes by as if nothing happened.

Somewhere in the 80’s I started working in the field of Psychiatry. Because of a predicted poor motivation, the head of our education institute made me work as an intern on a ward that went by the name of ‘Men Block H’.

It was a test

On this ward they admitted men of which they said they were too hard to handle on other wards. These men, they stole my heart on the first day I walked in. I was destined to become a nurse. A nurse with a heavy beating heart for people with so-called deviant behavior.

The only problem was this: the regime on this ward was Hell. I can’t remember any other place with so many different keys for so many different locks. Patients were not allowed to do anything without the permission of a staff member. Some nurses where hired on the width of their biceps. Former truck drivers and contractors.

Moving one foot over the threshold of their day care room meant punishment by isolation for the rest of the day.

It is very likely one day they will start behaving like that.

It was on this ward that I developed an instant preoccupation with different recovery methods and with………. coffee stains. These stains were all over the place. On the floors, on the walls, on the tables, on T-shirts, on people’s clothes, on the dressers, on counters.

Coffee and cigarettes seemed the only things the patients had to get themselves through another day in the Twilight Zone. And if you have side effects from medication, like they all had, it’s very hard to get a cup over from point A to point B without spoiling some of the content.

There is always a good reason

Why people do what they do and say what they say. Specially on these wards, where nothing happened during the day. Apart from staff ‘shoulding you’ and telling you what not to do.

During night shifts, when there was no staff to be found, you could spot me mopping the floors, the tables or anything that was contaminated with coffee stains and cigarette buts.

And this habit became kind of sustainable

We are lucky that the days of Ancient Psychiatry are long gone.

And still, nevertheless, I just and still can’t deal with it.

Coffee stains for me are synonymous with Chronic Psychiatry.

One stain is one too many.

So, meanwhile, while you guys and girls are reading this