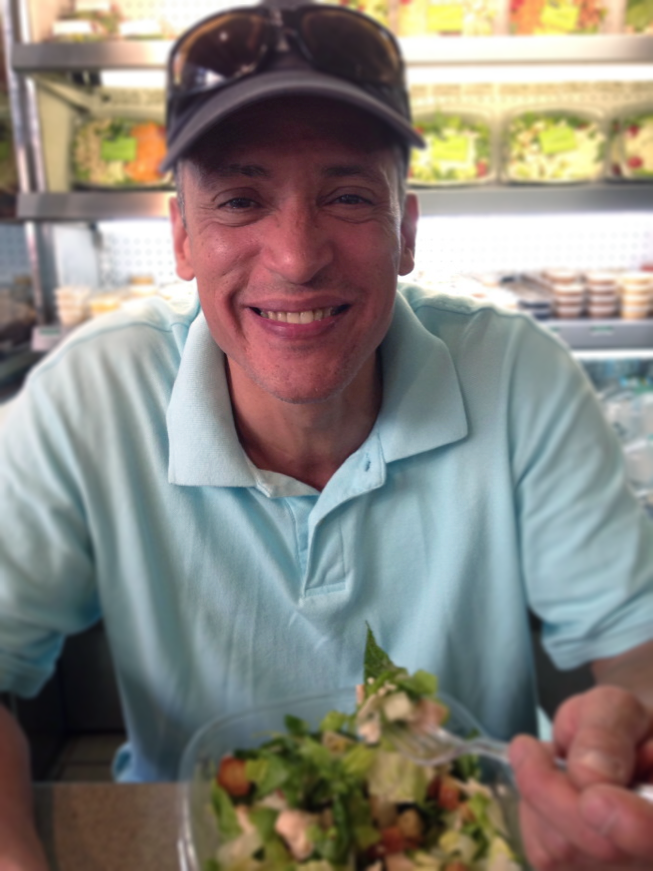 Herminio Maldonado from Concern for Independant Living, New York on Recovery and what works for you! (5 min)

RL: Ok Herminio, we are here at the Pennsylvania hotel. On Friday I am speaking at a conference on recovery. What did work for you, in your life?

HM: What worked for me in my life, basically, was just having people that I did not know at that time were actually in recovery themselves. People basically helped me out with knowing that I wasn’t alone. First of all it was more like peers – that I didn’t even know the word for – that came to me and actually told me their story. And when I heard their story I realized that some of that stuff they were talking about – some of it was mine. You know? Even though it was their story and it was different – some of it was actually my experience. And little by little I realized that I can actually start talking about mine. And we could actually relate.

My recovery began with that. Along with mental health and along with some family connections – and everything started to work together after that.

RL:  So it helped you develop your own story?

HM: My own story. It helped me to develop my own feelings about myself – knowing that I can do things. And that I can actually get better. Not by myself only, but I can do it with a bunch of people and I can pick myself up, if there was a time that I went down.

RL: Whenever you tell your story to other peers who are at the beginning of their recovery, does that help you too?

HM: It does. It keeps it fresh in my mind, in my recovery, to remember where I came from. Because a lot of people tell their stories, it always reminds me that there are things we can’t just keep inside all the time. Like putting it in a bookshelf and just leaving it there. Sometimes these stories can actually bring out the good stuff as well as the bad. Because something good always comes out of the bad stuff and that’s part of what recovery is all about.

RL: So if somebody is out in the dark about how to get their life back on track again, what would be your most profound advice?

Don’t follow the whole recovery thing the way it’s supposed to be in the book, because it doesn’t always work for everybody. It’s an individual thing. You know, recovery is not one-two-three, a cookie mold. It doesn’t work like that. But you follow the steps that other people have, and incorporate little bits and pieces of that, what works for you what works for them: put it in. And then eventually you find your own style. And that’s how recovery is.

RL: And recovery can cross the ocean too, can’t it? Since we met, became friends, we created some kind of a consumer movement..

HM: Yes we have! We certainly have crossed that bridge. We have crossed the ocean and everything. We definitely did that. And for me – it’s a global thing. I mean – it doesn’t matter: the language, the culture, the ethnic backgrounds – recovery is what it is. We can actually feel the same thing and suffer the same thing – if we can get together and talk about it we’re doing it. Right then and there. Recovery: that’s what it is. We’re people, we’re humans, you know. And for me recovery from mental health conditions is as natural as breathing.