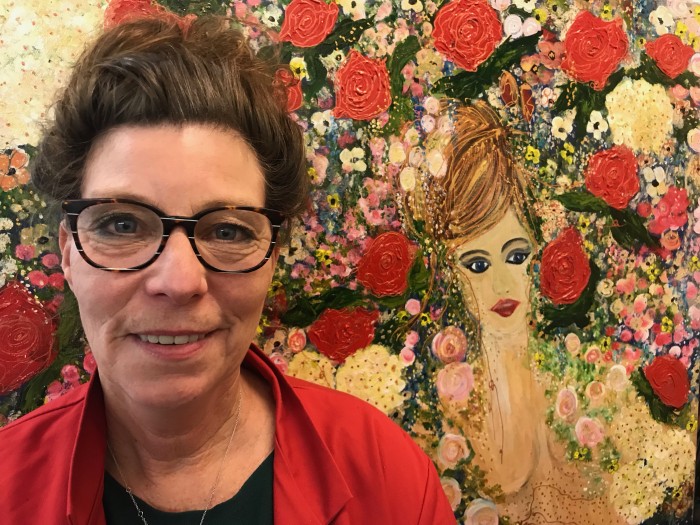 This is Ingrid. An artist from the Living Museum Bennebroek.

She did not become another person, but there is a significant difference in her state of mind and appearance compared to the moment she first walked into the Living Museum.

To be more specific, up to three years ago, she had never painted before.

And look at her now.

She has become an important ambassador for our initiative. She steels peoples hearts with and by speaking in public and creating beautiful art. On the 29th of March she will speak in front of an audience of at least 188 people at the conclusion of the Week of Psychiatry, in Utrecht.

She paints whole heartedly and with an admirable intensity. You can feel her paintings.

She is a bright shining light in the crowd.

Every neighborhood deserves a Living Museum. For the Ingrid’s of this World. For a World that works for Everybody. Everything to keep our doors in Bennebroek open for the coming years!