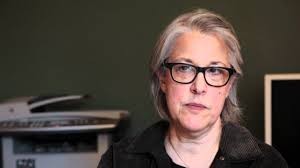 Lucy Winer is the maker of the documentary “Kings Park”.

On June 21, 1967, at the age of 17, Lucy Winer was committed to the female violent ward of Kings Park State Hospital following a series of failed suicide attempts. Over 30 years later, now a veteran documentary filmmaker, Lucy returns to Kings Park for the first time since her discharge. Her journey back sparks a decade-long effort to face her past and learn the story of the now abandoned institution that once held her captive. Her meetings with other former patients, their families, and the hospital staff reveal the painful legacy of our state hospital system and the crisis left by its demise.

Lucy and I made a plan to take her movie to the Netherlands in September 2015. Besides viewings, meet and greet, questions and answers, Lucy will also provide in powerful workshops. Workshops on how to overcome trauma.

Check in with rokus@icloud.com to apply for more information on Lucy’s trip to the Netherlands!