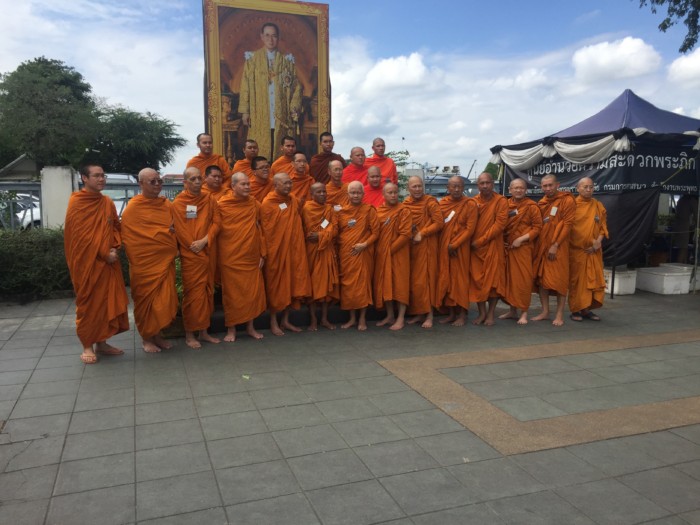 On the Road, searching for Sanity (2) 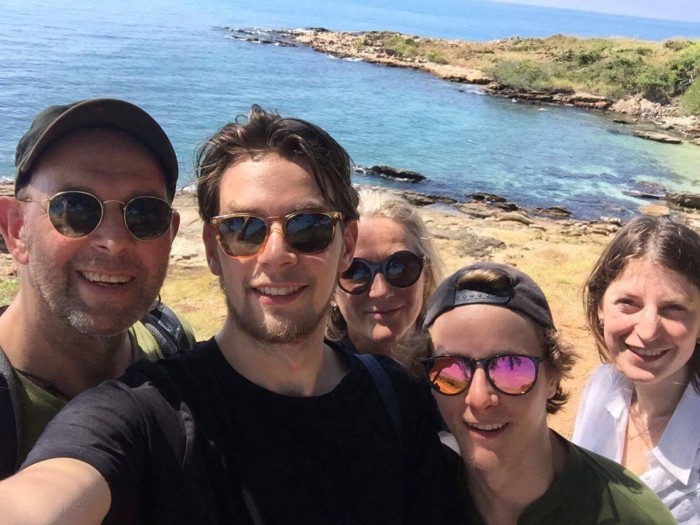 How to Build Community

Lucky. I am a lucky bastard. I come from an emotionally poor family. And I thank my family for it. Yes, it gave some delay in ‘my growing up’ to be a good friend, partner and father. And still I struggle with my demons sometimes, but overall, I am one lucky SOB. Everything changed when I met my current wife, Marie-Anne. She thought me what forgiveness really means. She teaches me, till the present day, what being a partner means and what it means to work on equality within our relationship.

We are currently in Bangkok, celebrating 25 years of hard labor (we are both entrepreneurs, having multiple businesses) and bringing up our two wonderful sons, Wink and Pelle (20, 24). It is a wish we cherished for a long time. We became 59, last and this year, and reaching that age, one tends to start thinking about creating more leisure time. We work our asses off. Because we like doing what we do.

I never had a crush on Thailand. I am a sucker for poverty.

I just can’t stand entering a city and having to look at people who have little means for existing or sometime even nothing. I want to give away all my money right away. I just can’t believe how Mayors can sleep with the fact that there are homeless individuals in their city.

Thailand has none of ‘that’.

Yes, there is poverty and yes, I have seen people sleeping on a concrete road, without any protection, I have seen the shacks on the outskirts of the city, I have seen the one-room-apartments that families have to share, but somehow Thai people carry this heavy load with a smile. As if they all agreed that you do not show what misery does with your self esteem. People are very friendly, they don’t barge in on you to sell you silly tourist stuff, or food, or whatever. If you say no, they will just go on minding their own business. They wear their problems with utmost dignity. 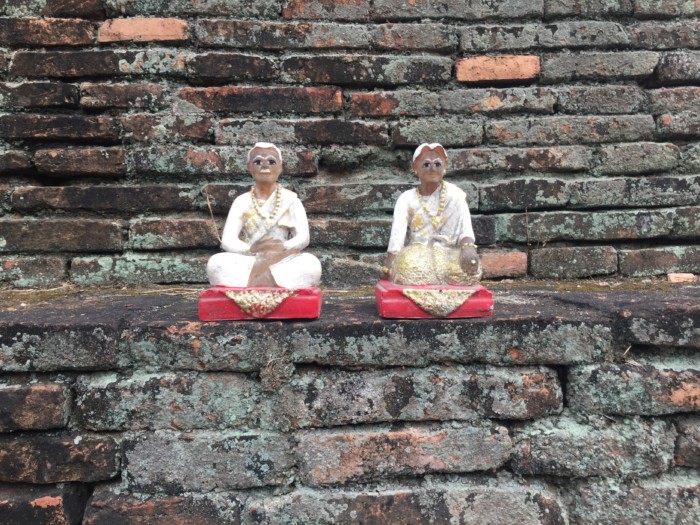 Is what I mainly would like to talk about in this writing. And Family. I realized, after a couple of weeks, that most big cities here have no big businesses. Apart from some crazy, megalomaniac, shiny hotels. But that is where the rich Motherfuckers sleep, so who cares. I am talking about shops, food stands, restaurants, Seven Eleven’s and so on. Everything is small scale. Everything is personal. Everything is cheap (compared to Western standards). Everything you need. Nothing more, nothing less. And the most beautiful part is, is that every business is being managed and run by whole families. Nobody excluded. It is a delight to see how everybody takes care of everybody. Most of the time you will see Grandpa of Grandma chilling out on a stretcher, in a hammock or in a comfortable rocking chair. Children are playing in front of the shop or playing games and watching Youtube films or their tablets. While the Queen Mother of the family prepares your Pad Thai in a wok on the street, in her food stand, her husband will guide you to some simples Formica tables and chairs. After paying the smallest amount of money you have ever paid for the best Pad Thai ever, you are eating the best Thai dish you have ever tasted. It’s like being invited by your best friend, when you consider the hospitality and what you have to pay for this special treat.

It is hard to not get cynical

About what we people from the West have to offer the Thai people. We seem to take pride in walking around in singlets and showing off the most ugly tattoo’s I have ever seen. We seem to like to walk the streets with half liters of Singha Beer in our hands. We seem to like smoking and drinking on beaches, while signs ask you not to do that. We seem to like to go to very loud Beach Resorts, drink buckets of liquor and get totally pissed. We seem to like to travel to Thailand after we retired, after we gained a lot of weight, after we are way past our best before date, and find way to young Thai women, who grab this opportunity to escape from poverty. We seem to take pride in being rude to people who’s joy it is to serve us. We seem to have to state that at a massage salon, run by women who served time in prison, as a recovery opportunity, the price of 200 Thai Baht for a one hour massage is just to much. We seem to like carrying our backpacks on our chests, afraid that other tourists will steel our valuables, because Thai people will never do such a thing. We seem to like to leave our plastics on the beaches of Thailand. No, I am not stating that everything was better back in the days. Maybe I am to old fashioned or it’s just that I am getting to old for this shit. Maybe that is the most likely variant. 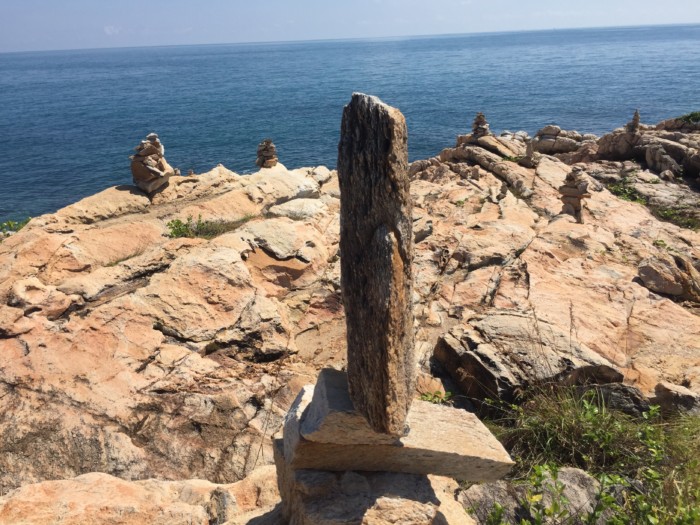 We don’t seem to like the friendship, the smiles, the spirituality, the silence, the tranquility, the nature that this amazing country has to offer us. The good part is, that we bring the money we have in amounts of truck loads in the West, to this country. It is a great country for traveling and having the opportunity to learn from a totally different culture. Thai people should charge us double for that.

And the Thai people? They approach all this with utmost grace and a smile. Because that is what they collectively decided to do. They even carry IT in their Thai Airway Slogan. Yesterday evening we joined a guided bike tour through the city of Bangkok, with Co van Kessel’s Guided Bike Tours. He died a long time ago, but his initiative and company is alive and kicking. Biking through the narrow alley’s and markets young people gave us high fives and wished us a great tour. We made a stop at a food stand in an obviously poorer neighborhood. Our guide told us that the two women behind the stand, Mother and Grandma are the talk of this environment, because they are the best cooks around. 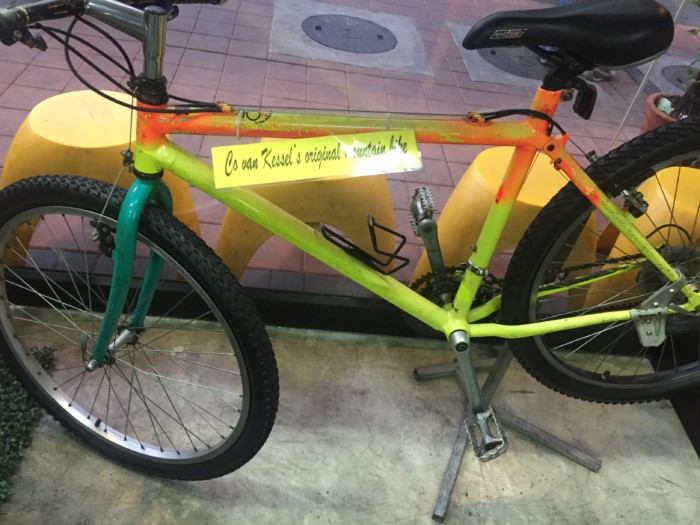 Specially the sauce that they serve with their rice and chicken is why people buy their amazing food. Simple dishes, cooked with all the love for food you can imagine and love for the people that buy it.

We went to see the Kings Grand Palace. The King died in October 2016, 88 years old. Daily thousands of people, dressed in freshly ironed black clothing come to pay respect to him and what he did for their country. They have a stand from a local hospital where people could asses their current state of depression, because of the deceased King. And they get an instant possibility for treatment if they need that. 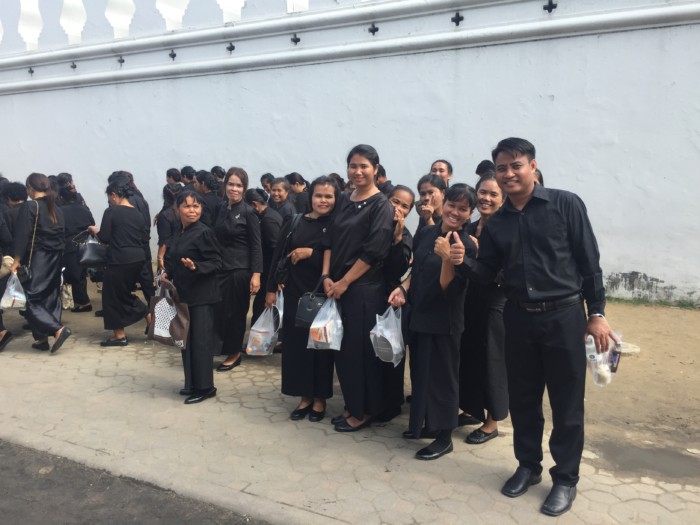 We stayed in the River View Guest House, in China Town. Most of the businesses in this part of town take motors apart and sell the still working parts of these engines. Other businesses sell metal. In the evening, walking back to the hotel, we see families, on mats on the floor, watching Television and sharing meals. In any other western town, we would not have walked these often gloomy streets. In this town nothing will happen to you, or your family. Yes, maybe this, people will approach you, asking you where you want to go. You can leave your bag of backpack in a totally crowded Train Station and it is most likely that you will find it in the same spot, when you return hours later. In Thailand family means family business. And maybe, I immediately apologize, I am not the bearer of ultimate wisdom, but that is what we could work on in our Western countries. With all the luxury we have, our social welfare systems, it must be possible to restore some of our old values. We have some things to complain about, but compared to Asia, luxury wise, we have nothing to complain about. 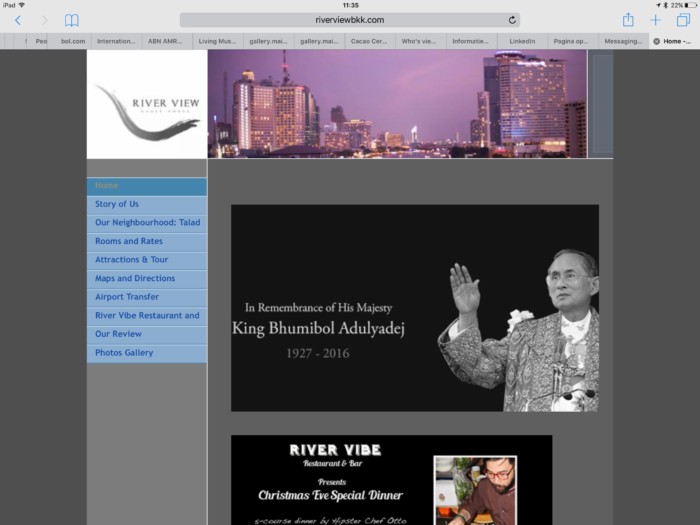 Let’s welcome people from other countries, because that is the way we can solve problems in their countries. Google a documentary on the Mayor of Palermo, Leoluca Orlando, and see and experience how he welcomes people that come to his city with boats from North Africa. Let’s share our wealth with countries and people who lac that. Welcome them like they are your family. Because when you examine your DNA, it will tell you that we are all family. Whatever you do and whatever you don’t do, it’s not to late, let’s start working on- and focus on creating new communities. Turn this World into a place that works for everybody.

It is my sincere believe that this is the new Thing in Mental Health or any other business. Make people belong to a new family, whether you are working in Housing First, the Amsterdam Project, GGZinGeest, The Salvation Army, Samen Sterk Zonder Stigma, Astare Zorg, The Living Museum, Ypsilon or whatever company or foundation. Join these companies, because they are practising it right at this very moment.

A feeling of belonging is the best ‘cure’ and ‘care’ for ‘being different’ that you can offer people.