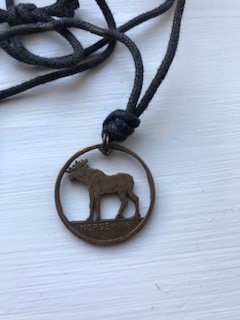 We, Harry Gras and I, we don’t do this every Learning Experience, but sometimes, sometimes we have too. We donate a lucky coin to somebody in our group who needs this little more luck than somebody else.

10 Years ago, in New York, a lucky Silver Dollar was given to me by a homeless man, on Seventh Avenue. He told me that this coin was going to bring me luck. It was round and about the moment that Harry and I decided to start organizing our Learning Experiences. He also said that I was allowed to hand over that Silver Dollar to somebody else. Somebody who needed more luck than I did.

Ever since that moment we organized round and about 70 Learning Experiences to lots of countries in the World. We took more than 700 co-workers out of their natural working and living environments and made them meet new people and programs. How lucky can you be?

We buy our new lucky coins from a man in China Town. And yes we told him why we buy them. Ever since he blesses them for us. How? We can’t tell. Because he will not tell us.

Two weeks ago I traveled to Lissabon with 30 Norwegian friends and co-workers. We visited Housing First Lissabon and were able to meet people that made a difference in the treatment for people with a drug dependency and people who transformed the city into an environment where people and organizations work together, intensively. Their Lisboa Model is staggering and amazingly well thought of. And it’s not all about methods, but it has this philosophical world view on what a city thinks their citizens and city need. It was overwhelming.

Inês Almas, Housing First Team member, reminded me of the fact that I gave her a lucky coin years ago, when they started their Housing First team. I bought the Norwegian coin on a holiday trip with my wife and carried it with me for some time, to make sure it was blessed with all the positivity I have in me. I bought it in Lissabon from a man who had a small booth in the nearest of the bronze statue of Fernando Pessoa, a famous Portuguese Poet, in the city center. It elivated the meaning it had for me from that moment even more.

This is one of his poems that I came to love so much.

“I am nothing.
I’ll never be anything.
I couldn’t want to be something.
Apart from that, I have in me all the dreams in the world.”

On the last day of the Learning Experience with the Norwegian group, two weeks ago, Inês took her lucky coin out of her bag and decided that it was the perfect moment to hand it over to a member of this Husbanken Group. It was an emotional moment for her and for the person who received the coin.

After the first day of this Learning Experience she stated that the trip overwhelmed her and her colleagues with so much inspiration, that they made a priority list on the spot. A list to work on when they returned back home.

Everything said and done during these Learning Experiences stays with the group, stays in the city and the country we visit, so I can’t disclose what is number one on their priority list, but it’s a great goal.

I am sure they will succeed in making this dream come true.